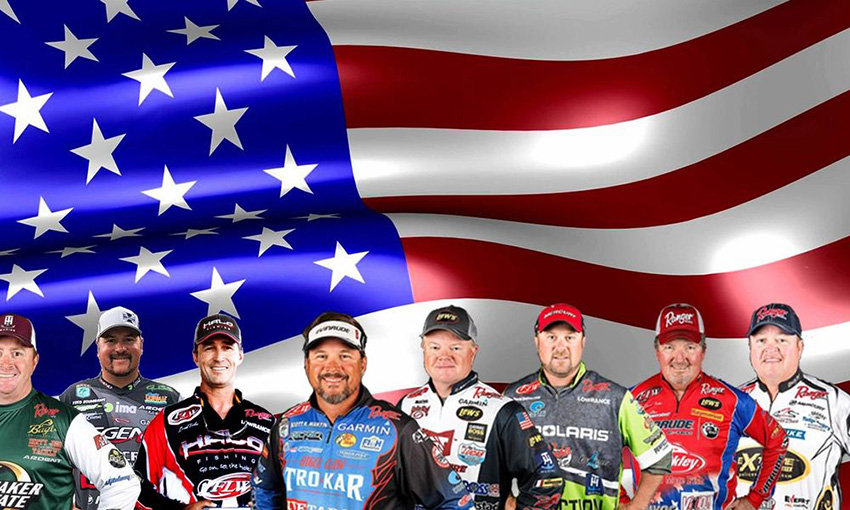 US Angling announced today that James Watson, of Lampe, Missouri, will be a member of the 2017 USA Bass team.

State College, PA July 13, 2017 – US Angling will send a talent laden team to South Africa to compete on the Vaal River, October 2-8, 2017. The USA Bass team will represent the United States at the Bass World Championship competing for Gold, Silver and Bronze medals. The event is sanctioned by the Confederation Internationale de Peche Sportive (CIPS), which represents 50 million competitive anglers worldwide from 78 different countries.

“I’ve never fished in Africa” said Watson, “But I can’t wait to get there and experience the World Championship”.

James Watson grew up in Miller, Missouri and now resides in Lampe, Missouri. Shortly after graduating high school Watson enlisted as a soldier in the U.S. Army. He quickly established himself as an exceptional leader and was promoted to the rank of Staff Sergeant. His favorite time while in the Army was the two years spent as a Basie Combat Training Drill Sergeant. He was honorably discharged in 2001 and went to work as a real estate sales agent. He opened a Realty Executive franchise and has seen great success in the industry with over a $100 million in residential home sales. Watson started fishing the FLW Tour as a co-angler in 2009 and earned a trip to the 2009 Forrest Wood Cup. In 2010, Watson made the move to the front of the boat while juggling his business and professional fishing. Soon after he retired from Realty Executives and became a full time touring professional. Watson has made two Forrest Wood Cup appearances and has one FLW Tour win.

Here’s the link to the GoFundMe page